You can imagine how happy I was, that I was allowed to join the team for the second time.  We drove by minivan from Phoenix to New Mexico. the teamspirit arose along with the miles we drove. I love being part of the team and I was really convinced to put down a great score. But unfortunately, My scores weren’t as good as I had hoped, shooting 79, 79 and 76. But overall, I was not amused because I know I can do better and I was happy with two rounds without a double bogey. I know I can still grow. 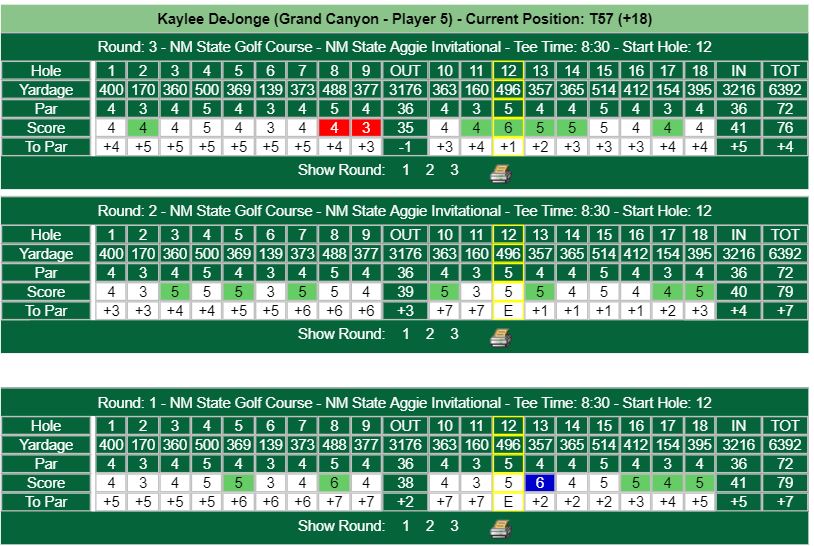 Coach wrote a nice article on our tournament at the Aggie Invitational, nice reading!