I am very proud of this

Standout from The Netherlands adds to foreign talent

That was the tagline of an GCU article that made me feel very welcome. I am very happy that my new coaches stood up for me to get to GCU and I will do my most to be an inspiring part of the team.

I will be the fourth foreign golfer in the team, so I probably enjoy being part of a multi cultural group.

If you want to read what GCU Coach Lauren Giesecke said about me.. this is the article

Due to the fact that I had so many tournaments during school, I was lagging behind my schoolwork and had to catch up. And next week my final round of exams for this year starts. So exciting times. Fortunately, I have a buffer, so I do not need very high grades to be promoted to the next and final year.

Which feels great, I am very excited to get in touch with the various coaches and colleges that are asking to contact them. But I have to focus for just two more weeks.

And just before my exams start, there is one other big tournament: 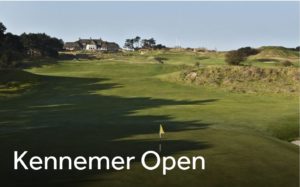 It really is a great tournament, playin 27 holes on one day. And with a very strong field of players. Only 36 ladies are allowed to enter, and luckily I will be one of them, number 18 based on handicap. Which also means a fierce competition. But I like that, it gives me an opportunity to learn (again) a lot. Let’s see how I will end up. 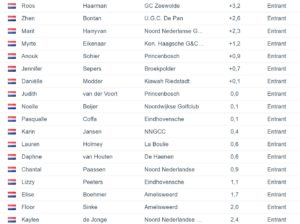 I dropped the ball

The last day of the national chammpionship had arrived, and I was very happy with my play untill then. I realised that the only thing I needed to do, was keep on playing the way I did. On the last day, there were two rounds of 18 holes. And I had (again) an early start.

It cost me a lot of my strength to keep focussing, but I succeeded: I ended round 3 with a result of 75 strokes. Tired but very happy I had a quick lunch and then went off again for round four.

And then I dropped the ball. I ended up having a row of ‘unlucky and unwanted’ strokes and putts. Unfortunately I was not able to change the tide. Annoying! The last 9 holes I made 6 bogeys and a triple. Angry with myself that I changed my score from good to ‘hmmmm’ in only a few holes, and tired after so many rounds of golf for the past few weeks, I had to let it go and enjoy the fact that I made the cut. And that was all there was to it.

Today was a big mental challenge for the players. The early start we were supposed to have, was delayed. First the tee off was delayed for an hour. Then we finished the first hole and hit the driver on the second hole, we were asked to get off the course.

The boys tournament had to reschedule, and the cut was set after the results of yesterday. The girls tournament was supposed to start  again at ten o’clock, but then there was more delay, for hours and hours. Finally we were to start all over again on the first hole to make the conditions for all players as even as possible. So at 2 o’clock I started again on the first hole. 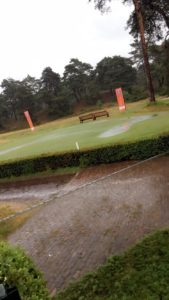 I knew it would be a mental challenge for many players, not only because of the delay, but also because of the changed circumstances. I understood that some of the players that were probably not going to reach the cut, were leaving.

I played well, organized, calm, and did keep my mind together. It would be so great if I would reach the cut for the first time! And so I did. I played a good round of 78, just as yesterday, in my buffer again. I was curious how I would end, who would have had a hard day today. 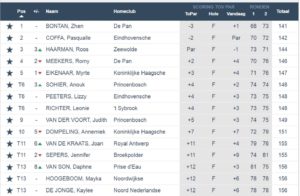 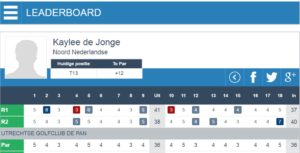 And after a long day of getting up at six and leaving the cours at 6.30 in the evening, I knew that I made the cut. And not only that, I am still on rank T13. Very happy!

Tomorrow two rounds to play, so I’ll get a quick dinner and then go to sleep early. 8;10 tee off! Whish me luck…

Today was the first round of the national strokeplay Championship on Golfclub de Pan. I love the course, it suits my game well. I had looked at the ranking according to handicap, and I hope to reach the cut. According to handicap I should be on rank 22, and the cut probably will be rank 19 and ties. So… If I play my handicap or better and some of the other players won’t, I am able to get into the final day on saturday. But… since it is a national championship, I assumed that the position of the flag would not be easy, as would the preparation of the course.

Luckily, against the forecast, we kept it fairly dry. Apart from my second hole were I really ended up badly under a bush, took a penalty stroke, ended up in the bunker and got the ball in the hole with an 8, I played fairly well.

My putting was really good and for the rest of the course I made smart choices. Total score was +6, so inlcuding this 8 on the second hole. I am happy with my play! Position 13 after day one and still getting stronger every game I play! 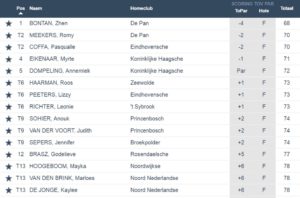